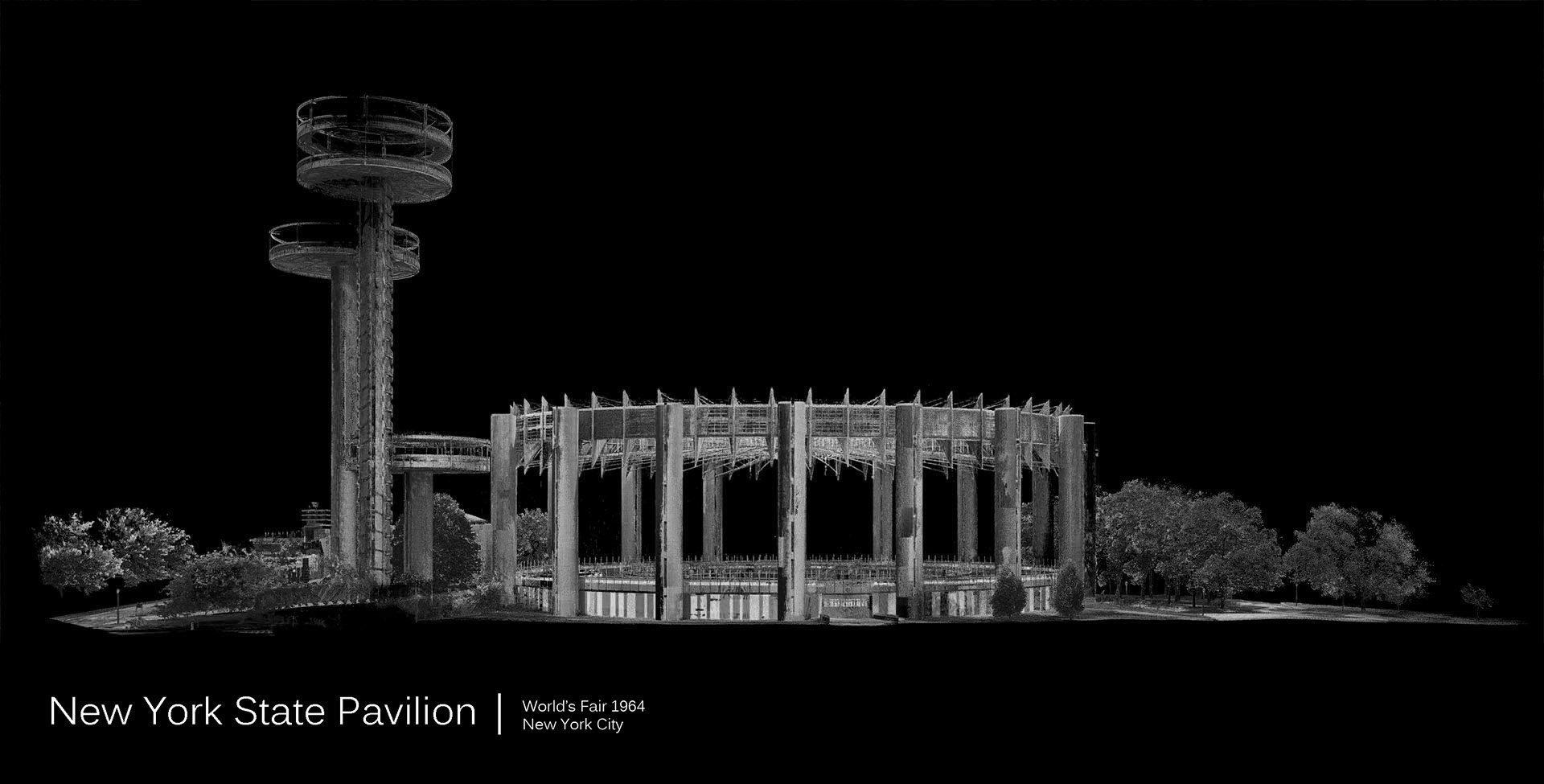 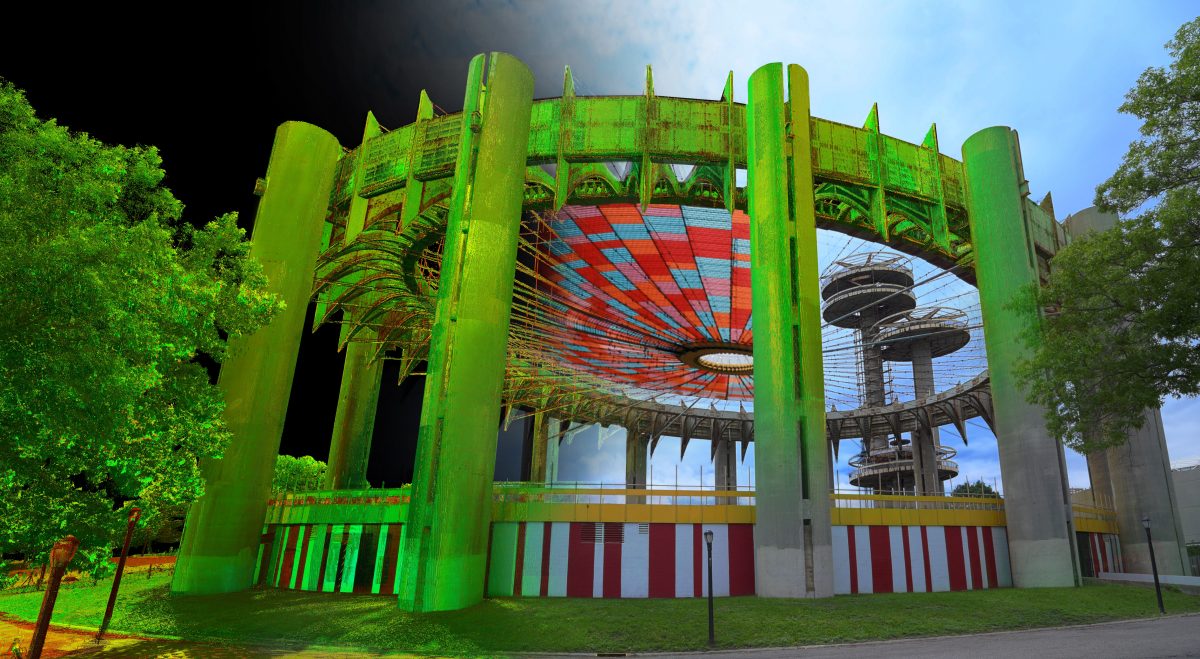 Designed by renowned  20th Century American architect Philip Johnson, the New York State Pavilion in Flushing Meadows-Corona Park is one of only a handful of remaining architectural links to the 1964/65 New York World’s Fair (NYWF).  The Pavilion consists of three distinct components – Tent of Tomorrow, Astro-View Towers and the Theaterama.  From the futuristic to the wonderous, with the close of the Fair, the majority of the 120+ Pavilions would face demolition.  The New York State Pavilion was designed to be repurposed, however the inability to secure a long-term use and the severe economic terms facing the City of New York in the 1970s, the Pavilion quickly fell into a state of disrepair. It would not be until the 50th anniversary of the NYWF neared that there would be expansive plans for the structure’s restoration and/or repurposing.  Just prior to this anniversary ChronoPoints laser scanned the Pavilion to capture its appearance prior to any potential modifications.

ChronoPoints would like to thank Langan Engineering, the New York City Department of Parks & Recreation, CyArk, and FARO