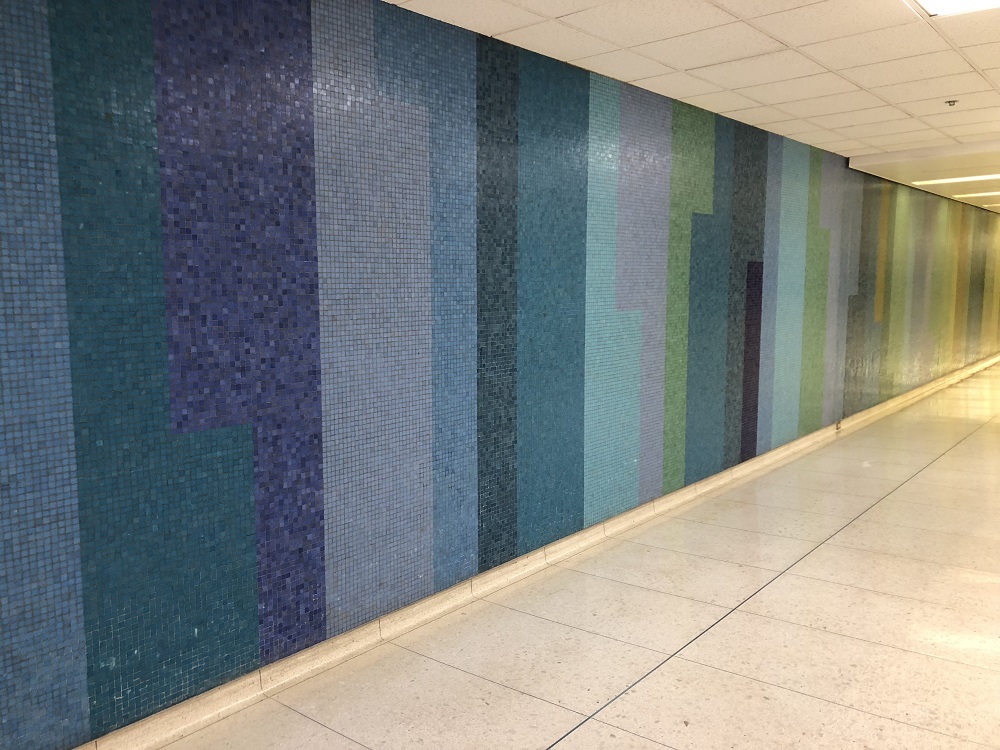 Posted at 23:04h in Community, Photography by Admin
Share

If you have traveled to Los Angeles International Airport (LAX), there is a good chance that you have seen these colorful mosaics that bring life to what would be very long and dull walks within the airport’s tunnel system.   While the public can only see three of the original seven mosaics today, they are wonderful representations of mid-century LAX.  So while walking through the Terminal 3 tunnel today, I could not resist snapping this photo and of course, it reminded me of a great 1963 movie, Sunday in New York, where Cliff Robertson’s character raced through one of these tunnels (but it was supposed to be a run through JFK International).

Here is a bit of additional information about the mosaics.